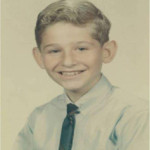 Robert Weinberger was raised primarily in Brooklyn, New York; first, in Williamsburg, and then, across the street from the Cyclone roller coaster ride at the world-renowned Coney Island amusement park. He survived four years of high school on Long Island before legally immigrating to Los Angeles where he adopted the moniker, “Rob.”

“Tell Me a Movie,” Rob’s optioned screenplay, was a Nicholl Fellowship finalist and a grand prize winner in the national Scriptapalooza screenwriting contest.

Rob’s tales of suburban adolescent angst were recently incorporated into his original television pilot, “Long Island,” winner of the Fresh Voices screenwriting competition (one-hour original pilot category) and a semi-finalist in The Tracking Board’s Launch Pad Pilot contest. The semi-autobiographical story of a Brooklyn teenager’s adjustment to suburban life was selected as one of five top TV pilots by the London-based international Shore Scripts competition. ROB’S Q&A WITH SHORE SCRIPTS

“Piece of My Heart,” Rob’s one-act play about a fourteen-year old boy’s unexpected encounter with Janis Joplin, is based, in part, on the pilot episode.

Rob is a proud member of the Dramatists Guild of America.

To view author Rebecca Moore’s profile of Rob and “Vic Giovanni” on her Lunch in Brooklyn site, click HERE.

To preview “Nervous Child” on the Lunch in Brooklyn site, click HERE.